I owe you an apology. I promised you daily quotes, and for the past six days I have not produced any. I have been with my children in San Francisco.

It will be a long time before we are all able to take a similar family vacation together. My oldest, Matthew (far left in the photo above), has accepted an intelligence position with the Navy and my youngest son has signed up with Marines, shipping out before the end of the year.

Matt has been living in San Francisco since August. He showed us around and told stories of the city’s streets and buildings. Within our first hour of arriving, he and my youngest parkoured up and over a five-story apartment building, because he forgot his key. 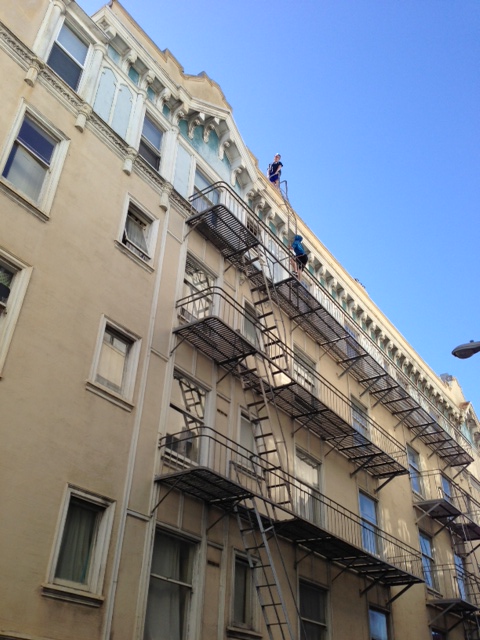 I found a wonderfully quaint hotel just two blocks from his place for the rest of us to stay. The Mayflower has a European, old world charm with ornately painted ceilings and walls hand-washed an old gold. The rooms were older, but extremely clean. 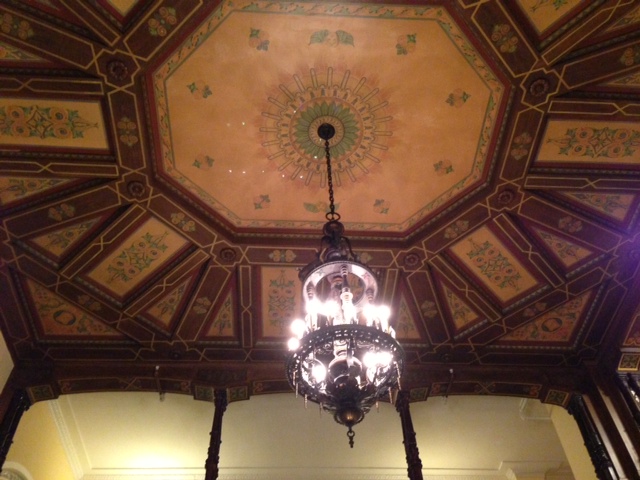 On the balcony was a little library, a computer, and a sitting area where you could play chess or checkers. I sat on a large leather couch drinking coffee. I wrote and read a little. This was my view… 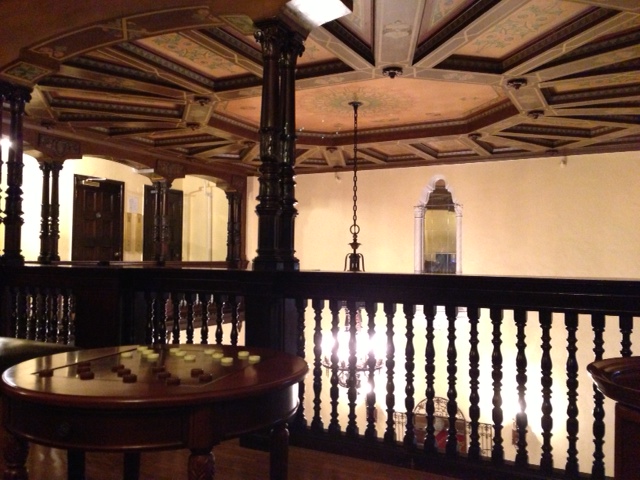 We walked through the financial district and then through China town. We took bikes along Fisherman’s Warf and up over Golden Gate Bridge. We rode onto the North island, into Sausalito (I’m in love with it, btw, and want to move there). We stopped for lunch at an obscure pizzeria and had the best pizza I think I have ever tasted. The waitress was Italian and barely spoke English. They must have brought family secrets over from the mother country. (Prolly not, but the fictitious version is a lot more fun.) 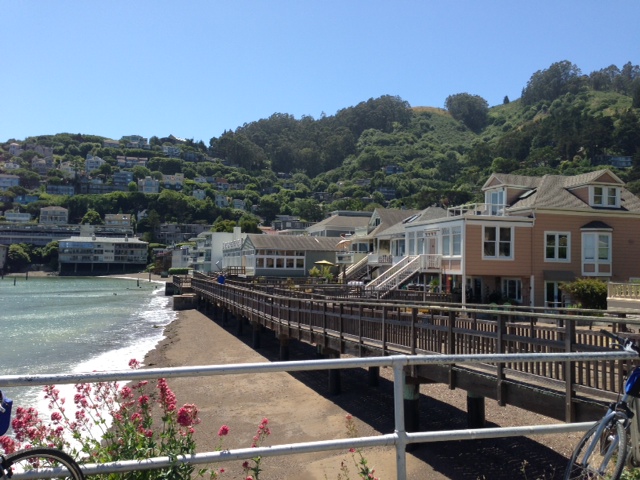 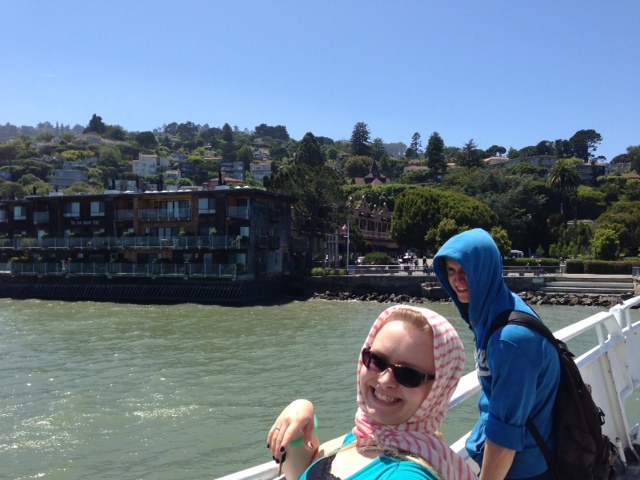 We took a ferry back to San Francisco (Grace Kelley and a Smurf Sith pictured above), passing Alcatraz, where we spent a couple of hours at the Exploratorium playing with electricity, magnets, sound, and all sorts of hands-on scientific exhibits.
We ate In-N-Out and watched a nutty homeless person collect money using two tree branches. His catch phrase “You take a picture of my bush and I’ll take a picture of yours” elicited looks of amusement and disgust.
We climbed a hill on foot up to Coit tower. (Amazing woman that Lillie Coit.)
I couldn’t have asked for a more fulfilling vacation with my kids. It was fun, physically taxing, but well worth the time and money.
Thank you for your patience and for sticking around. More juicy ideas and thoughts coming your way. ~mwah!~ 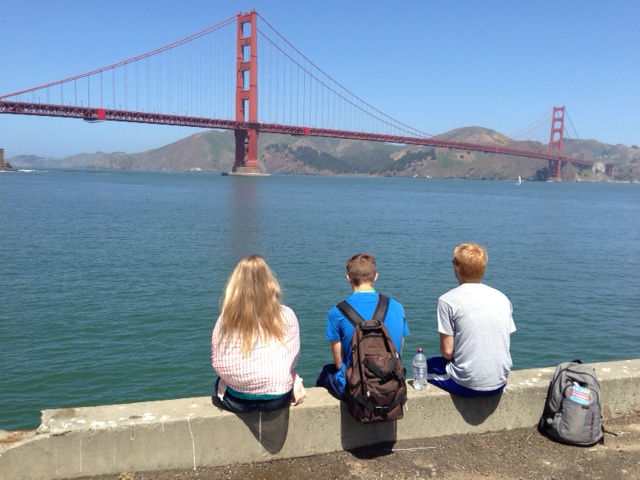 Click HERE to receive emails about my ideas on Inner Freedom, because I do not have a degree in anything and I am supposed to know nothing.

other places amyjalapeño! can be found